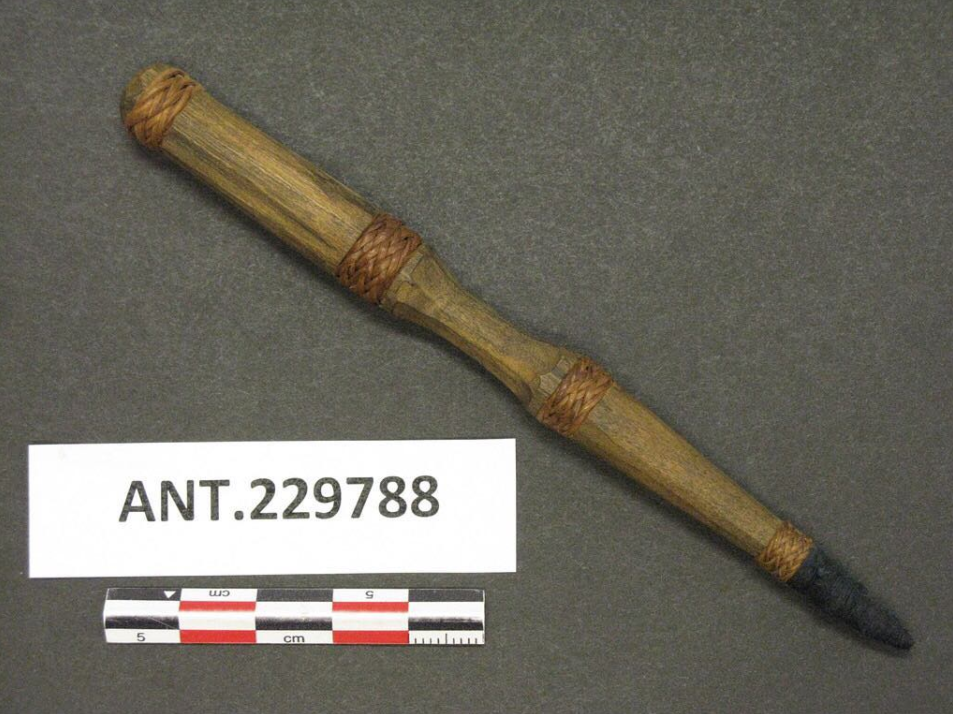 This in-line tattoo tool from Banaue, Mountain Province, Philippines has a carved wood shaft and is decorated with four circlets of plaited rattan. Two metal points are bound to the tip using blue yarn. It likely was made by the Ifugao people, among whom tattooing is called “bátok.” No date is noted on the collection record.

Ifugao men and women were historically tatooed with naturalistic images invoking specific plants and animals, in addition to geometric shapes. Their tattoos were applied to – among other things – mark adulthood, demonstrate social status, and (for men) record success in battle.

For more on traditional tattooing in the Philippines, be sure to check out the work of Analyn Salvador Amores, including her chapter in #ancientink. 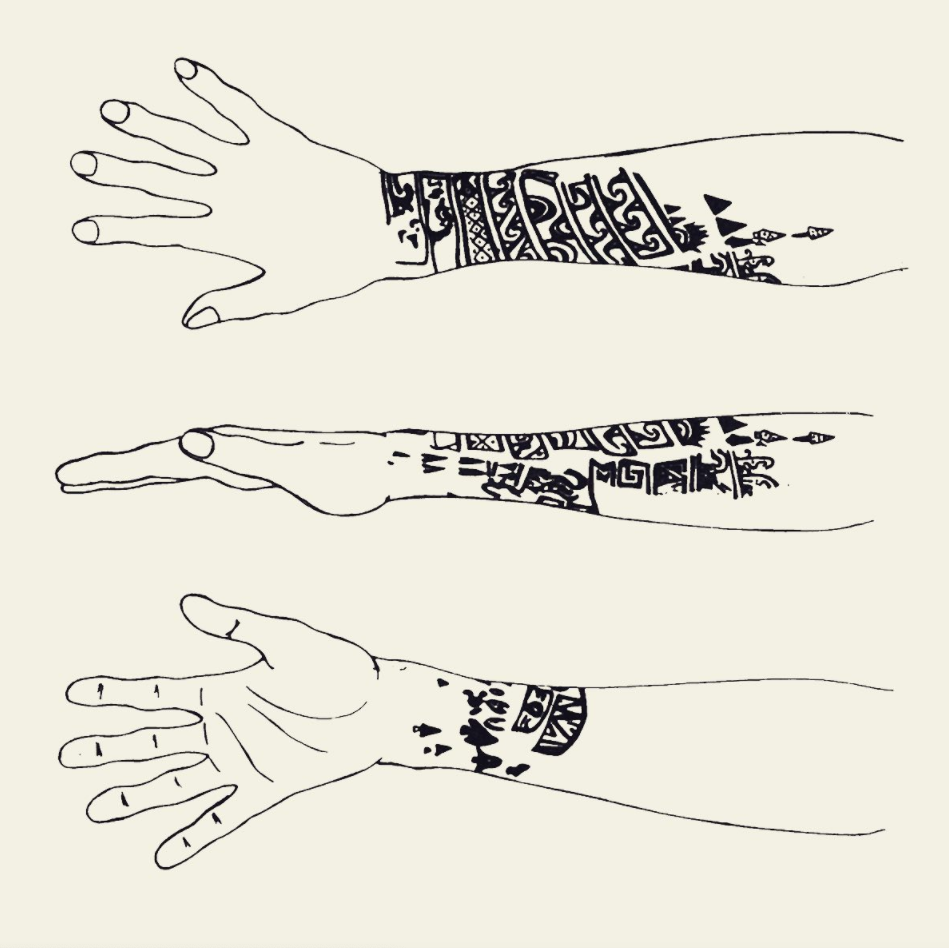 The Chimu culture developed around 900 CE in the Moche Valley of northern Peru. At its peak in the Late Intermediate Period, Chimu influence spread over nearly 1,000 km of coastal Peru. That power would largely come to an end when they were conquered by the Inca in 1470 CE.Tattooed Chimu mummies have been identified in several locations in Peru. This drawing shows marks on the right forearm of an adult mummy of unknown sex from the Ancash region, dated around 1350 CE. The bands of geometric motifs undoubtedly had symbolic value to the individual who wore them, but those specific meanings – and what if any physical objects or beings they represent – are elusive. Easier to identify are the several arrow or harpoon points, all oriented towards the elbow.For more, see Allison et al. (1981) “Tatuajes y pintura corporal de los indígenas precolombinos de Perú y Chile.”